If you have not been living under a rock in the past few weeks, then you must have heard of Simone Biles, the first American who has won medals at all world events. 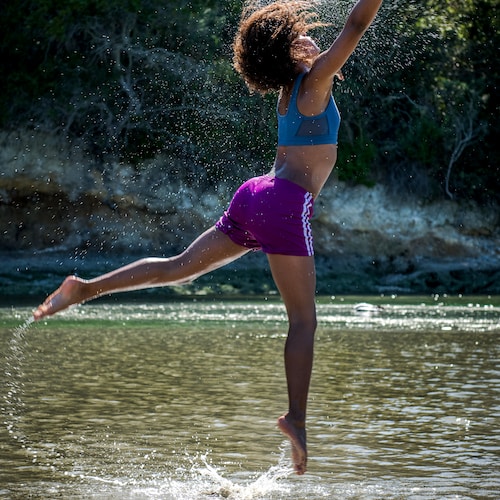 Which brings about the question: who is Simone Biles?

The question is a rather interesting one, for we must look at the context in which one is asking it. We seek to answer this question in a holistic manner and we will start with her history and family. We can start by answering where she came from, when she was born, and then go to more abstract questions such as what drives her and what she does on a regular basis.

Let us start with Simone Biles and her background, for it is certainly an interesting one that can provide one with some inspiration and context to what may drive her to be the best in gymnastics.

Simone Biles and Where She is From

Biles has three more siblings . However, she didn’t have a great childhood or rather, she didn’t have the best start in her childhood. In an unfortunate turn of events, her mother succumbed to the pernicious palms of alcohol. Her mother was not fit to take care of Biles or her three siblings, as she was not able to do a proper job as a mother due to her brain being dependent on the substance of alcohol. Even more unfortunate was the fact that her mother had problems with drugs as well.

Due to this, Biles and her siblings had to go into the system of foster homes. One may wonder where did her father go? Well, he was nowhere to be seen, he had struggles of his own and had fight his own issues on his own, he didn’t have the strength to care for his children and defeat his problems at the same time.

This meant that Biles needed to forge a new path. Thankfully, there were those in Biles’ life that cared for her. He grandparents or her mother’s parents, Ron and Nellie Biles. They took her and one of her siblings into their own home and made sure to take responsibility for Biles and her sibling. She and her sibling were then able to be taken care of by other relatives within the family. They were raised in Houston, Texas.

Biles and Her Gymnastics Career

It was a good thing that Biles found gymnastics and took proper gymnastics training. She was able to find gymnastics when she was six years old. From there, she was encouraged to keep moving forward in gymnastics and she did. A couple of years later she had her own mentor and she was off to the gymnastics races.

A few years later, she was able to enter into the local limelight. She entered a local competition in Houston, Texas. She then went to Chicago and competed in another event.

The next year, she stepped it up even more, she chose to pursue education from her home. This change showed great commitment, she was now on her way to become a fierce competitor.

Small changes such as this one helped her to progress into being the individual she is today, a gold medalist, respected by many.